Democratic Alliance (DA) legislator Madeleine Hicklin has challenged women to be united as they pursue success in their different endeavors.

The DA Shadow Deputy Minister of Public Works and Infrastructure was speaking at a banquet hosted by Councillor Annette Deppe in Midrand. The annual event is aimed at empowering women.

“The fact is, none of us truly wins, until we all win,” Hicklin told the 25 women who attended the occasion recently. She shared how five years ago, aged 58, she took ‘a life-changing leap of faith’ by leaving a well-paying corporate job to turn to politics – her passion.

“It was a tremendous risk. There was no guarantee my choice would pay off – I enrolled in a programme that would ‘prepare me for a job in politics with no guarantee of a position’ because I believed that was my calling and everything else I had done up until that point was merely preparing me for this moment in time.

“Everyone here has a story. An ‘interesting time’ tale that they can share. As human beings, we interact with each other in different ways, showing different aspects of ourselves to different people – depending on the circumstances we find ourselves in. I call it Wearing Different Masks,” she said.

She admitted politics was a challenging profession, reiterating her love for it, nonetheless.

She admitted COVID-19 has been the most challenging event ‘we collectively and individually have ever lived through’.

“This is mainly because it has taken away so many of our most intuitive actions – reaching out, touching, hugging, socialising and interacting with other human beings.

“We need each other, we need interaction, we thrive when our candlelight shines with another’s candlelight and together we help illuminate the room. A collective group of candles shines brighter and achieves more heat than a single one does,” she concluded.

Meanwhile, Councillor Annette Deppe added they were working with Mokgadi Banda, who is a Model, and motivational speaker Lucky Maghabala on Talent recruitment.

A showcase has been pencilled in for the Midrand people’s market on the 29th of August 2021. She said the initiative was meant to “let people know who the DA is and to show that the DA really cares for South Africans.” 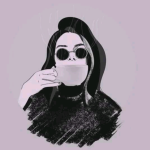