The biblical meaning of the number 10 is discipline and laws! Moses was given 10 Commandments to pass to the children of Israel.

Those two elements – discipline and laws – have been a permanent fixture in South Africa’s leading female football referee Akhona Makalima.

She celebrates 10 years in the game this month and staying in the game has taken a lot of discipline and understanding of football laws.

“Congratulate yourself, I am very proud of Akhona, she deserves it,” Makalima assertively says about herself.

Rightly so, the Fifa accredited referee says she feels honoured to have been part of the game for so long. “I have worked my butt off from day one, giving it nothing but the best,” she says.

As she celebrates a decade in refereeing, having experienced challenges and triumphs along the way, she is grateful that she had the heart for it. And it was all worth it.

It all started when she hung her boots after a stint with Thunderbirds Ladies to take up the whistle, a journey that has seen her go on to officiate high profile matches in the Sasol League, SAB League, ABC Motsepe League, NFD and PSL.

Her highlight was leading a team of match officials in the high-profile Tokyo 2020 Women’s Olympic qualifier between Cameroon and Cote d’Ivoire in 2019.

As a young woman from Nqamakwe in the Eastern Cape, she has always known that she was different. The good kind of difference. She recalls constantly being outdoors, interactive in sports with her cousins and at some point. Of course, her late mom feared that she might be ‘tom boy’. But that didn’t stop her from chasing that ball. Pun intended!

Starting off as a footballer herself, curtailed by the lack of opportunities, and then turning to referee, she says she has learnt resilience, discipline, and nothing less than hard work.

Makalima’s passion for young women comes from way back in the early years of her career. She has always been passionate about instilling good values in young girls, making them aware that they can achieve whatever they set their minds on.

That is the reason, Makalima founded her own ‘baby program’ of young people Inter-Refs in 2016 where she teaches them about the skills and laws of the game. This program is in her very home province of the Eastern Cape.

“I always tell women that I meet to ‘bulldoze’ their industry because women are destined for greatness, and I stand by it; full force,” she says with such conviction.

While at it, she is eager to make a mark in the lives of young women and intends to pave the way for future Akhonas.

Her ingenuity has not gone unnoticed following her nomination for the 2021 Momentum Gasport Awards as the Best Style Star. Makalima reveals that her mother, who passed on late last year, was her biggest cheerleader.

“I am at peace, knowing that my mother was proud of me and has seen my journey to success. My heart is at peace,” she says.

On National Women’s Day, her message to ladies is that they must ‘unite, celebrate one another and not allow stereotypes to break the force of good womanhood’.

As she looks to the next 10 years, her mind is set on one thing – to ref high profile fixtures like the Soweto Derby.

“I would definitely like to dominate the big male football games like the Soweto derby, then I will say I’ve conquered and fulfilled one of my goals,” concludes Makalima. 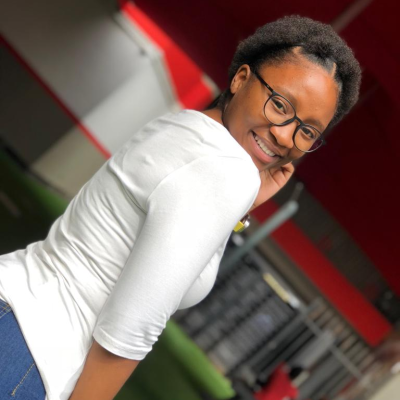 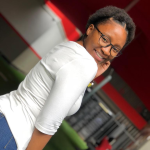